Economists and analysts all around the world knew that one-day Venezuela’s inflationary bomb will have to explode, having tremendous effects for its people but just giving more argument for the regime authoritarian policies. Venezuelan bonds have been indicating for a long time through its market signals that bankruptcy was near and nobody could save this economy, which has entered in an eternal spiral of debt, hyperinflation and secular stagnation. Until now, the inefficiently directed and over-intervened PDVSA supported the government with funds coming from oil revenue, but with the extremely low oil prices registered during these last two years, this has ended up drowning the communist policies promoted by Maduro, as socialism is always a success, until other people’s money ends up. Maduro claims this week wanting to renegotiate and restructure their debt obligations, which sum up to 105 billion dollars, which presents negotiations as complex, as no country will be willing to lend money to a chaotic State as Venezuela, where stability and growth are just past myths.

Maduro has already organised meetings in Caracas the 13 of November to discuss about debt refinancing; invitation which has already been declined by the US. But this story comes from long ago, as US government sanctions prevent any investment firm or individual from buying new debt from Venezuela with maturities longer than 30 days, or up to 90 days in the case of corporate bonds from PDVSA.  The state oil company has announced that they will exchange old defaulted bonds for new ones through a process of debt restructuring, which has the same effect as substituting an iPad for a piece of wood. Trump has declared himself against changing the rules which apply to trade with Maduro, and for now he has proposed several new restrictions of capital circulation between Venezuela and the US.

Another widely discussed option has been that if Venezuela enters total bankruptcy it could just stop paying its debts, which will be extremely harmful for PDVSA which has foreign properties and equity in its stock. If a default is committed by the government, those assets might be seized by creditors. This final point will harm deeply the Venezuelan economy, as it has a dependency of nearly 90% of its revenue directly correlated with the functioning of PDVSA. It was announced that the government will negotiate the refinancing of the debt, but Maduro at the same time said that he will direct 1.2 billion dollars for the payment of corporate bonds from PDVSA which will be maturing proximately. The purpose of this last injection of funds into PDVSA is to make some money reach the creditors and give credibility to Maduro’s new crazy project. Let’s bet, but many of us think that the greatest part of those funds won’t finally reach creditors but stay in some bank accounts of those who don’t have to follow a rationing schedule. Of course, if Venezuela commits a complete default, these 1.2 billion dollars will be of tremendous utility to PDVSA, and some even interpret that default will just be committed over government sovereign debt but corporate debt of public enterprises will still be paid at maturity of bonds, to prevent shrinking the Venezuelan economy even more, if that’s possible.

It’s being really difficult for many creditors and investors to sell their bonds and equity from Venezuelan companies and government in the secondary market, due to the scarce volume of traders willing to acquire these assets, which is dropping prices down and devaluing many emerging markets funds value. The situation in international markets is so terrible that many foreign investors and bondholders are preparing themselves to report the Venezuelan government to several organisations as the IMF or the WTO. Maduro might be even preparing a new strategy to drop bond prices even more, and then through a new issuing be able to increase the nation’s revenues by greater demand of sovereign debt from his two-main trading and financial partners, which are Russia and China; both of them examples of democratic states close to the Venezuelan level. The opposition this week has exposed several theories of conspiracy from the government in terms of the debt default, and it has even been said that they might be trying to delay payments with the 30-day periods to increase the pace of the credit expansion. We could expect anything from the Venezuelan tyrannical government. Venezuela is trying to use up all possible grace periods, but still hasn’t committed a complete default, as even its bonds are trading at a great discount, they are still not in the normal range where debt tends to be defaulted, as bonds are still at 20 to 30 cents on the dollar. Those prices should be much lower if it wasn’t for the market analysis of Venezuelan fundamentals, as we have to take into account that it is still the country with the largest oil reserves, and if the government and its policies were shifted towards greater openness and free market oriented purposes this debt could probably be blown off in a few years though austerity policies.

High prices registered in the market may even portray an image of Maduro not being serious about the default, as Venezuela still as to confront its debt payments of 2017, and oil prices have recently risen, consequently boosting revenues for PDVSA, at the same time funds flow freely into Venezuela from Russia, as Putin destined 17 billion dollars of financing to support Maduro’s tyrannical regime. But I’m not even surprised, as Putin will do anything which is in his hand to try to harm the US and overall its oil industry, which has shown to be much more efficient and competitive by the use of fracking, bringing them energetic independence in 2020.

What has caused this disaster hasn’t been the low price of oil, but because of socialist policies applied to reality, as no other OPEC member has entered bankruptcy in the last decade. The communist regime has turned the Venezuelan economy upside down, and in PDVSA they have caused a contraction in production volume of more than 20%, even though they hired 175,000 new workers, which were friends of the regime and had no relation to the world of oil extraction and refinery. 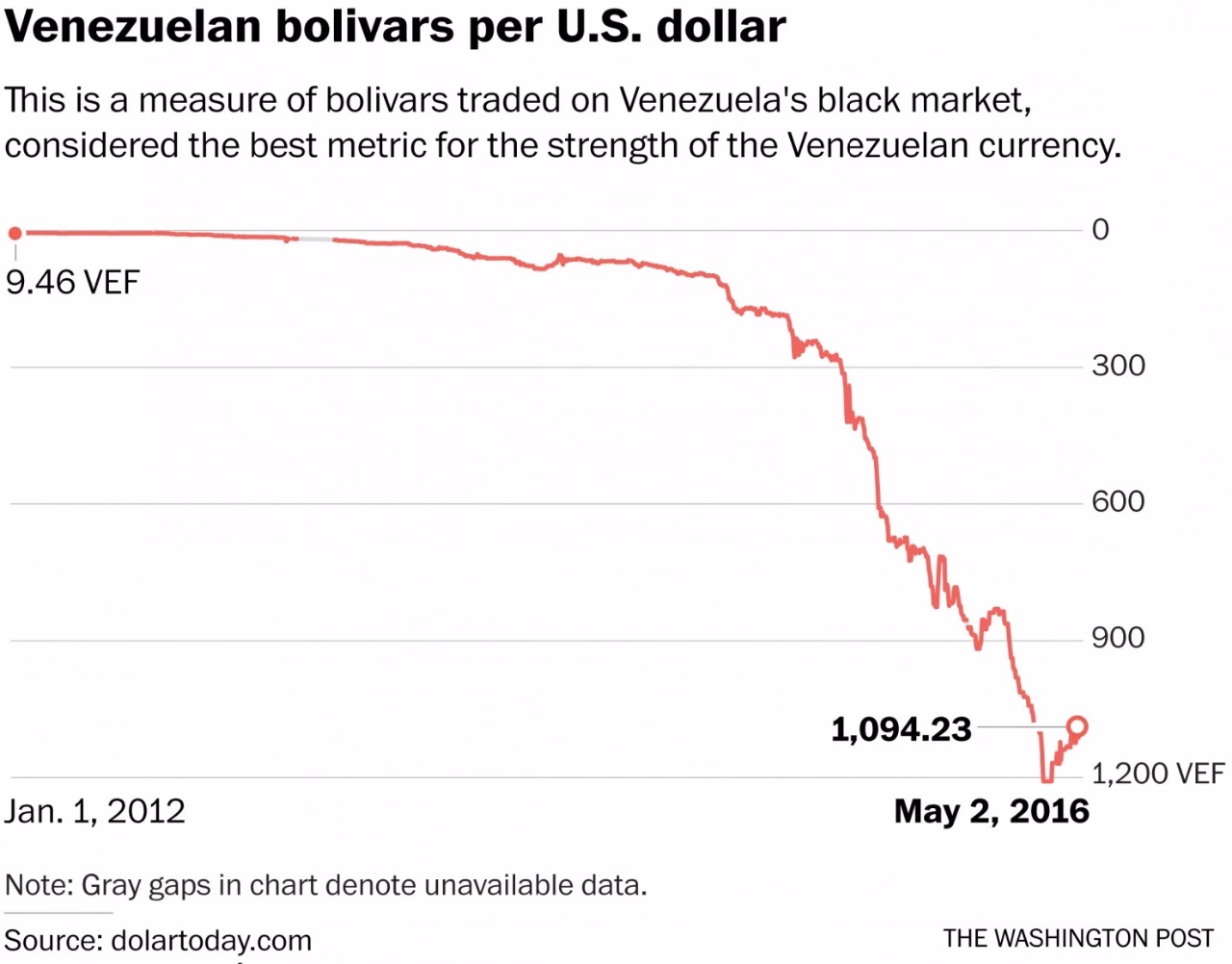 Socialism has shown its true face in Venezuela, and has reminded us once more that there can’t be political or civil liberties without economic freedom. We should promote free markets and international trade, to create greater levels of wealth through specialization, and consequently rise living standards of all citizens. Just let entrepreneurship free and results will come.

“ Repressive regimes do not endure change willingly - and Venezuela is no exception.”- Leopoldo López