IMMIGRATION, AN ENGINE FOR ECONOMIC GROWTH

Xenophobic conservatism has been widely spreading throughout the whole of Europe and the United States since more than three years ago, promoting an attitude that has been developing throughout these years due to the greater immigration influxes in Europe, mainly of Syrian refugees escaping from war or African immigrants looking for a future for their families. Several arguments have been exhibited by all these anti-immigration political parties which centre their ideology in a type of classical nationalism with intense tones of far-right populism. As has been always the case, populist movements don’t take into consideration economic motives and consequences and base their message more on feelings than on real statistics or ground effects. Trying to arouse the masses, the alt-right movement has sold us that these immigrants will destroy our society by breaking down our economic system and sovereignty. A lie, even though if it’s incessantly repeated will always remain to be a lie, and xenophobic movements are the greatest of all, as immigration is one of the main engines for economic growth in first world countries.

First of all, our statement, in contrast to the populist rhetoric; is full of content. A joint report by the OECD and the International Labour Organization, confirms how immigration makes nations better-off through time. Immigrants contribution to GDP tends to be always positive, and it oscillates depending on the volume of immigration a country has, and the sectors of the economy in which they are working.  For example, in Ivory Coast, immigrants represent 19% out of the total GDP of the country, mainly for two reasons. In first place, these immigrants tend to have a low qualified profile, not having attended university or even high school in many cases. Their educational status just leaves them with the sole possibility of developing physical work roles in the economy, mainly in the primary sector of it, by irrigating, recollecting and planting as some of the main activities. Nations as Ivory Coast are still under development, and that’s why their primary sector accounts for the vast majority of its total production, allowing for greater demand of labour in this sector and greater job opportunities for immigrants. Their consequent consumption, saving and investment into the real economy will boost economic growth by providing local entrepreneurs with greater revenues, and also by multiplying tax revenue of local and regional authorities, which will later on be spent on public services, accounting also for the calculation of GDP. 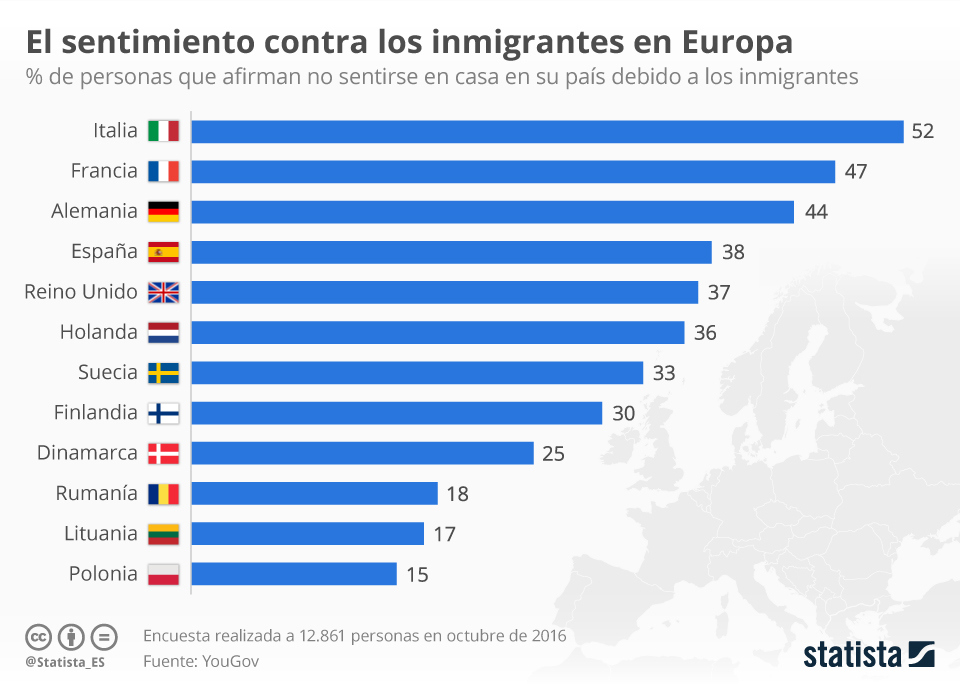 On top of it, conservatives have typically argued that immigrants cost more to society than what they contribute, supposedly carrying personal deficits with the public administration. Official data also show this statement to be false and confirm the liberal theory that immigrants tend to have individual fiscal surpluses in contrast to the vast majority of native citizens. The previously mentioned study by the OECD, shows that immigrants have positive effects on public finances and labour markets, as many of them underutilize public services as health or education, but still pay high taxes for consumption (VAT), or cause their employers to pay more Corporate Tax by increasing productivity levels in the firm, and consequently expanding the profits taxable base. Breaking up with the mainstream theses, immigrants tend to have large positive effects for native inhabitants, and according to a report by the University of Pennsylvania, all displacements of national workers that are caused in the labour market by immigrants, leave the displaced people in a better off position. This statement has an easy explanation, and as immigrants occupy low value-added jobs that require nearly none qualifications or skills, native workers will be able to study or train themselves to occupy jobs in the secondary and tertiary sector of the economy, entering to work in manufacturing and services respectively, which tend to be better paid jobs than those related to agriculture. Apart from it, low qualified immigrant’s sons will be able to receive an education, that probably they wouldn’t have access to in their country of origin. This higher educational level of the population will represent an outstanding investment in human capital, which will translate into greater future productivity in terms of work and research activities, linked directly to an exponential increase of economic growth rates. The displacement of native workers towards better paid jobs and the greater volume of human capital will lead to major innovation projects being boosted and much more capital being invested in research and development, skyrocketing productivity.

Overall, one of the main problems develop countries as the US and many in the EU (as Spain or France), are facing right now are financing of public retirement schemes and pension funds managed by the state. The issue with the public pensions system is that it depends on the number of active workers to pay for jubilees of the moment, as it doesn’t work as a savings account, as money goes directly from workers to retired people each month. The problem Europe and the US face is caused by a regressive population, meaning that each time the ratio of workers per jubilee is lower, meaning pension payments will be contracted in the very mean term. Here is where immigrants have an important role to develop. Immigrants consume, produce and invest, which contributes with society through the payment of taxes. Each time they buy a car, rent a house or eat at a restaurant, they contribute to the payment of pensions; increasing the ratio of workers per retired citizen, not only guaranteeing today’s pensions, but tomorrow’s as well.

Equally, it has been proved by the International Monetary Fund (IMF) that the entrance of workers into developed countries’ labour markets incentivizes entrepreneurs to adopt technological changes and invest in new fixed capital, compensating the lower cost of human capital in certain cases. Otherwise explained, due to the lower wages immigrants will be earning in contrast to native workers (this is their comparative advantage; lower input for higher output), entrepreneurs will have more disposable capital to invest in machinery and equipment, boosting productivity and labour efficiency. The Austrian School economist Joseph Alois Schumpeter already proved in the XX century that immigrants that contribute to the process of creative destruction aren’t being exploited by entrepreneurs, as they earn better wages than those at their country of origin and have way higher living standards, which in economics jargon translates into an increase of economic mobility (living better than their predecessors).

There is a large number of reports which support immigration on its economic base and results for the general economy, as immigration means greater dynamism and productivity, but analysing immigration just on macroeconomic terms will make us fall on the same trap as those populists mentioned at the beginning of this essay. Political and economic issues have to be analysed from various perspectives and with a retrospective view. Even though it has been proved immigration translates into great economic growth and socioeconomic development, we should also defend immigration on its social and humanitarian basis. Because we are all humans, and empathy should prevail. From a liberal perspective I will always support the freedom of movement of the three basic pillars of society: capital, goods and people. Economics doesn’t work without humanity, and humanity doesn’t work without economics.